“Most people have everything they need to be happy.” The words latched onto some part of Skyla’s brain. She repeated the phrase to herself while she rang up books and stocked shelves. It had a certain resonance to it, but she doubted it was true.

Free-spirit Skyla Plinka has found the love and stability she always wanted in her reliable husband Thomas. Settling into her new family and roles as wife and mother, life in rural Wisconsin is satisfying, but can’t seem to quell Skyla’s growing sense of restlessness. Her only reprieve is her growing friendship with neighbor Roxanne, who has five kids (and counting) and a life in constant disarray – but also a life filled with laughter and love.

Much to the dismay of her intrusive mother-in-law, Audrey, Skyla takes a part-time job at the local bookstore and slowly begins to rediscover her voice, independence and confidence. Throughout one pivotal year in the life of Skyla, Audrey and Roxanne, all three very different women will learn what it means to love unconditionally.

My Thoughts:
A Scattered Life

follows the lives of three women during one year in their lives in a small town in Wisconsin. The author develops the story as the three women narrate the novel. First is Skyla Plinka, the main character, who grew up as a free spirited girl who moved across the United States with her father as she grew up and is now settled down with a stable husband and perfect daughter. Second is Audrey Plinka, Skyla's meddling mother-in-law, who focused her life on being a stay-at-home mother  raising three sons and caring for her husband and family. Audrey always longed for a daughter and had high hopes for a strong relationship with Skyla. The third woman is Roxanne Bear, a new neighbor and friend of Skyla's. Roxanne is the opposite of Skyla as she is totally obsessed with her five sons, longs for more children, especially a daughter. Roxanne lives a more chaotic life having trouble maintaining control of her mischievous sons and keeping her house in order. They each have a scattered life and approach life in very different ways.
Skyla makes changes in her life to be more independent and takes on a part time job at a bookstore. She is happier that she finally has a friend she can be close to in Roxanne. Her meddling mother-in-law Audrey doesn't approve and although she wants to be part of her son and daughter-in-law's lives she pushes them away by her controlling ways. Audrey then imposes her way into Roxanne's life which makes Skyla jealous and unsure of herself. As things significantly change in Roxanne's life, she teaches Skyla and Audrey some amazing lessons about trust and loving unconditionally. I enjoyed reading A Scattered Life and found the characters relatable and real and the story one that flowed smoothly and held my interest throughout. It's a book about female friendships and the challenges that can develop in a friendship of three women as well as what you can learn when you let people into your lives that are different and allow yourself to learn and grow from that experience.
Recommend: Yes! I enjoy reading books about female friendships  and life lessons. A Scattered Life is an engrossing novel that has strong characters, a beautifully told story and one that makes you think about your own choices, friendships and how many of us live a scattered life. I also love the backstory of this book as it was originally self-published as a Kindle e-book, and Kindle readers embraced this novel and loved it so much that they recommended it to other readers and popularity grew. A Scattered Life also became the first self-published Kindle book to ever be optioned for film.
Source: Thank you to Karen McQuestion who asked me to read this book and Amazon  Encore for sending me a copy of the book. (I am an Amazon Associate)
About the Author Karen McQuestion: 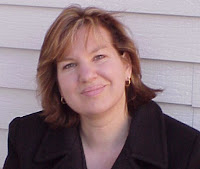 Karen McQuestion's essays have appeared in Newsweek, Chicago Tribune, Denver Post, Christian Science Monitor and several anthologies. She is the author of six books self-published on Amazon’s Kindle, one of which, the novel, A Scattered Life, caught the attention of an L.A. based production company and became the first self-published Kindle book to be optioned for film. Five of her previously self-published books will now be published by AmazonEncore. McQuestion lives with her family in Hartland, Wisconsin.
You can find more information about A Scattered Life and the author Karen McQuestion at her website.