I bought one book this week, again I couldn't resist the clearance bargain section at Half Price Books and this book was on my wishlist. I was happy! 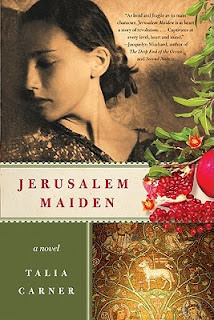 
I had a quiet week of Spring Break with my son. It was really nice to just have a break. We attempted to see The Hunger Games movie but the theater sound system was so loud that we had to leave. Personally, I don't understand why they have to blast the sound so loud but this was outrageous. It was so loud, just during the previews, that I had to ask three times to turn down the sound. We even had earplugs and it was ear piercing. We finally decided to leave. Sadly the management did not seem to care very much. They said that they tried turning the volume down but it went up instead, really?! If there were technical difficulties they should have given everyone the option to see the movie at another time. We got a refund and won't be going back to this theater, it was our first time there. We will stick to our local theater.

I had some issues with leaving comments on blogs but finally figured out that I had to sync my google accounts and that allowed me to comment. It was frustrating  as I couldn't leave comments on any blogger blogs. I also had to figure out some changes at WP blogs so that I could leave comments and got that worked out as well. I thank those who left comments and emailed suggestions to help me out. I've begrudgingly switched over to the new blogger format and don't care for it but will have to adjust and hopefully find new benefits to the change. I plan on visiting blogs and commenting more this week.

I have had a slow reading week but hope that changes soon. I am reading and thoroughly enjoying A Grown-Up Kind of Pretty by Joshilyn Jackson.