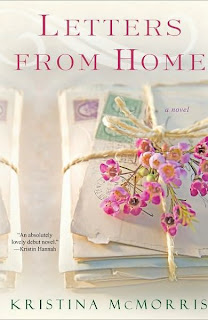 Chicago, 1944. Liz Stephens has little interest in attending a USO club dance with her friends Betty and Julia. She doesn't need a flirtation with a lonely serviceman when she's set to marry her childhood sweetheart. Yet something happens the moment Liz glimpses Morgan McClain. They share only a brief conversation - cut short by the soldier's evident interest in Betty - but Liz can't forget him. Thus, when Betty asks her to ghostwrite a letter to Morgan, stationed overseas, Liz reluctantly agrees.

Thousands of miles away, Morgan struggles to adjust to the brutality of war. His letters from "Betty" are a comfort, their soul-baring correspondence a revelation to them both. While Liz is torn by her feelings for a man who doesn't know her true identity, Betty and Julia each become immersed in their own romantic entanglements. And as the war draws to a close, all three will face heart-wrenching choices, painful losses, and the bittersweet joy of new beginnings.

While on a weekend visit several years ago, Kristina interviewed her grandma Jean for the biographical section of a self-published cookbook intended as a Christmas gift for the family. It was only then Kristina learned that her grandmother and late grandfather had dated but twice before they married during World War II, as their relationship had blossomed almost entirely from an exchange of letters. Allowing her Navy man's messages to speak for themselves, Grandma Jean promptly retrieved from her closet a box of his posts, every one of them yellowed and wrinkled from age; yet the words remained just as moving as if he had written them yesterday.

Soon after, Kristina began to ponder how different the couple's relationship could have been had their correspondence been woven with fibers of deceit. Therein bloomed the idea for her first novel. Kristina hopes Letters from Home succeeds in honoring a generation of humble, unsung heroes who should never be forgotten. 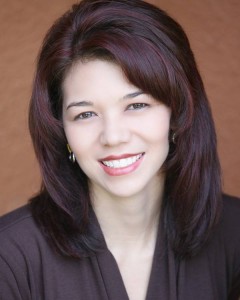 Kristina McMorris lives in the Pacific Northwest with her husband and two sons. Her foray into fiction began in the fall of 2006 as a result of interviewing her grandmother for the biographical section of a self-published cookbook intended as a holiday gift for the family. Inspired by her grandparents’ wartime courtship, Kristina penned her first novel, a WWII love story titled Letters from Home. This award-winning debut is scheduled for release in trade paperback from Kensington Books (2-22-11; U.S.) and Avon/HarperCollins (5-5-11; U.K.). The condensed book rights have been sold to Reader’s Digest, and the film rights are represented by the prestigious Creative Artists Agency of Los Angeles.
Prior to her literary career, Kristina acted in numerous independent films and major motion pictures. She began hosting an Emmy-award winning television show at age nine, and most recently served as the six-year host of the WB’s weekly program Weddings Portland Style. Adding to her diverse résumé, McMorris is a professional emcee, literary workshop presenter, and former owner of a wedding/event planning business. Her previous writing background includes being a contributing writer for Portland Bride & Groom magazine and ten years of directing public relations for an international conglomerate. A portion of Kristina’s sales proceeds from Letters from Home will benefit United Through Reading®, a nonprofit organization that video records deployed U.S. military personnel reading bedtime stories for their children. She is currently working on her next novel.
You can visit her website at www.kristinamcmorris.com.